Cosmic Art & Design will present and link the work of artists, musicians and authors, whom I've had the privilege of knowing over the years, as well as my own work. Art, music, literature and the myriad inventions, products and services we are privileged to partake of, are all special gifts from the Creator that have benefited mankind. Whether you're an artist, an enthusiast or perhaps a patron, all civil commentary is welcome. Grazie tante!

Alaska Out My Cabin Window 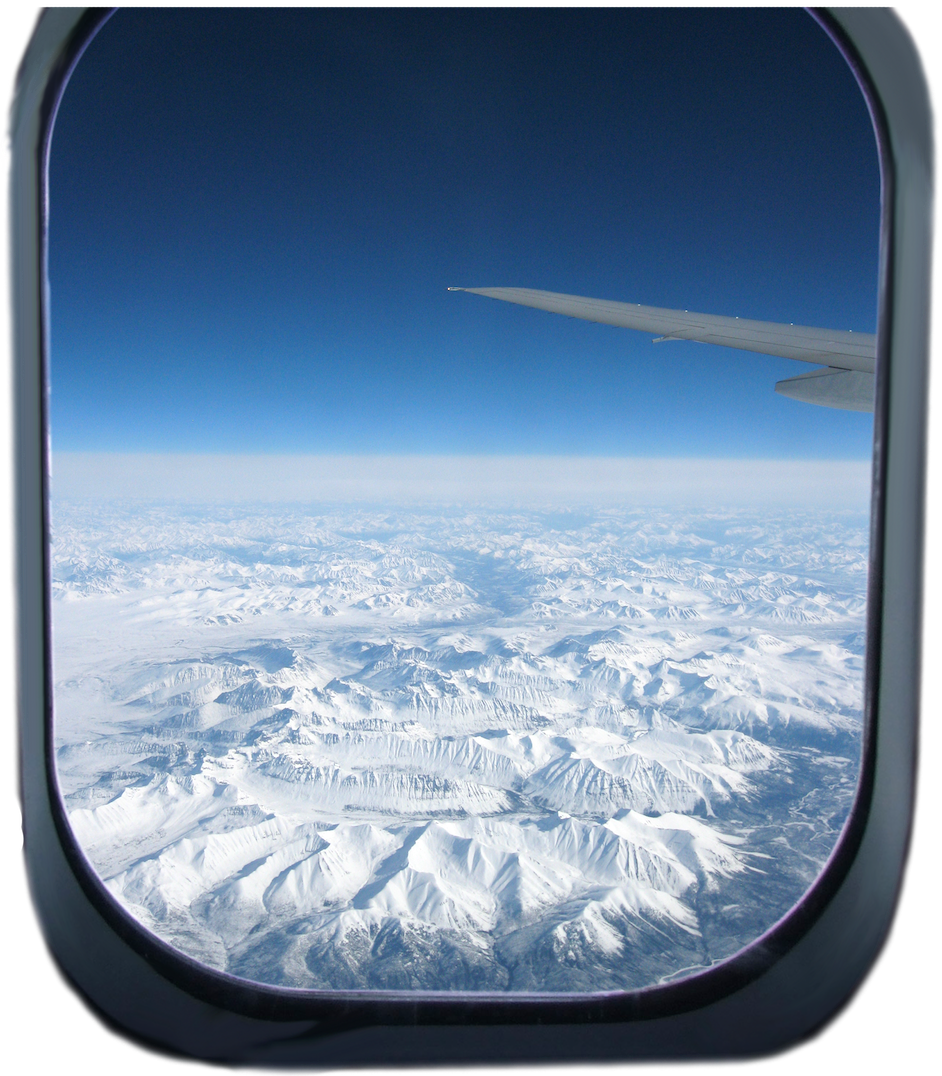 The flight home from Shanghai to Boston was over sixteen hours in duration. Not long after the dinner meal the cabin lights were dimmed and the passengers settled in to sleep. It was nine hours into the flight and most everyone on board had been asleep for about six hours. All the window shades were drawn and the cabin was dark. A glint of light caught my eye. It was creeping in from a tiny slit at the bottom of the window shade that I had not fully closed the night before.

My curiosity was greater than my need to protect my fellow passengers, or my wife, from being zapped by a bright shaft of sunlight. I opened the shade slowly, an inch or so at a time, as if to inoculate the rest of the dozing travelers. About a third of the way up I realized a spectacular view was unfolding. The early morning sky was nearly cloudless and the view was unlimited. I switched on the in-flight map screen and was made aware that we were somewhere over the Alaska Range. My Canon ELPH was close by and I began shooting and shooting until the balance of its memory card was full.

A few window shades were opening while I was capturing this natural wonder, and eventually all the shades were lifted, but by then we were well past the mountain ranges of Alaska and Canada. My carelessness in not closing the shade fully allowed me and my wife to partake of a once in a lifetime sight. We are blessed! -mjb 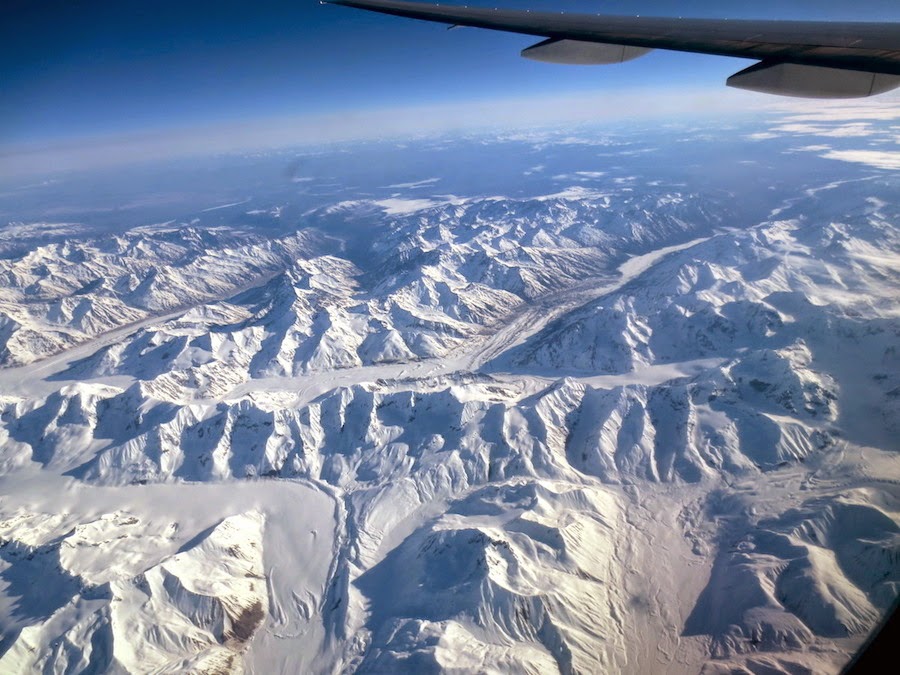 A spectacular view of the range and its vast glacier systems. The early morning Sun creates such a definitive scape. You can really appreciate the complexity and beauty of America's "Last Frontier." 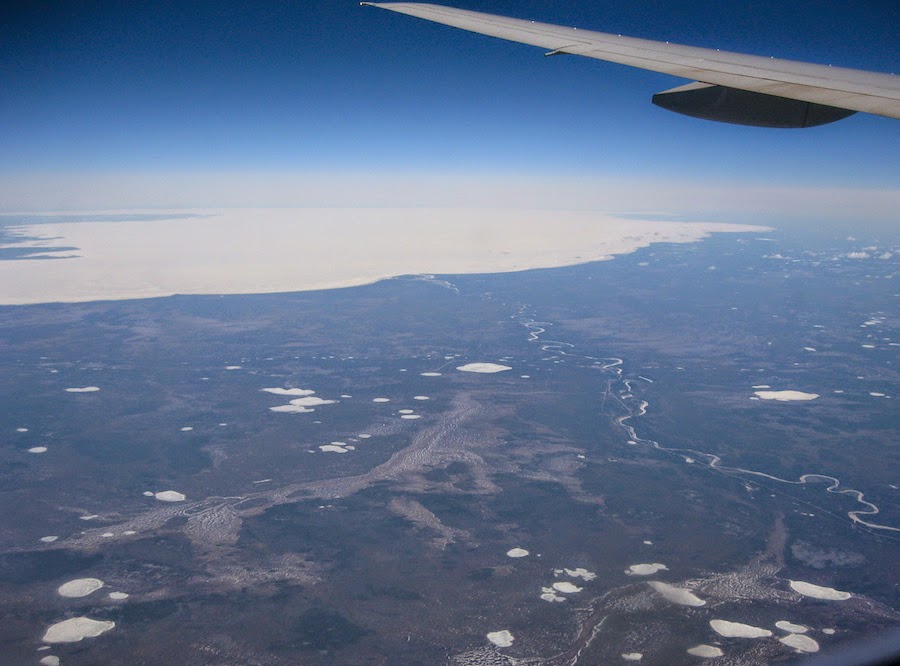 A view of Great Slave Lake, The Hay River,  meandering in the bottom right section of the photo, terminates at the southern shore of the  lake at the town of the same name, Hay River (center of photo), located in Northwest Territories, Canada. The Mackenzie Highway, known here as Northwest Territories Highway 1, can be seen in this photo running alongside the river.

Posted by Mario John Borgatti at 4:23 PM No comments:

The Incredible Power of Concentration

It was my daughter who steered me to this incredible performance by Miyoko Shida of what is  termed Sanddorn balance. 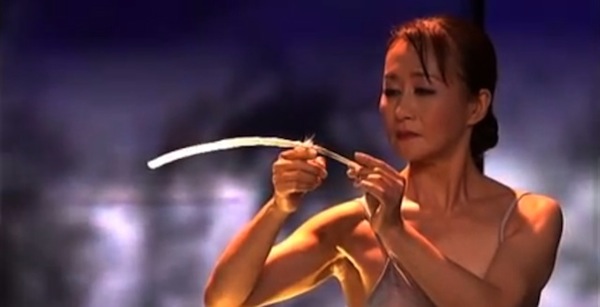 Rather than bore you with a weak explanation, I would suggest watching this enthralling performance.


Posted by Mario John Borgatti at 1:15 PM No comments:

A Few Nanoseconds in Cosmic Time 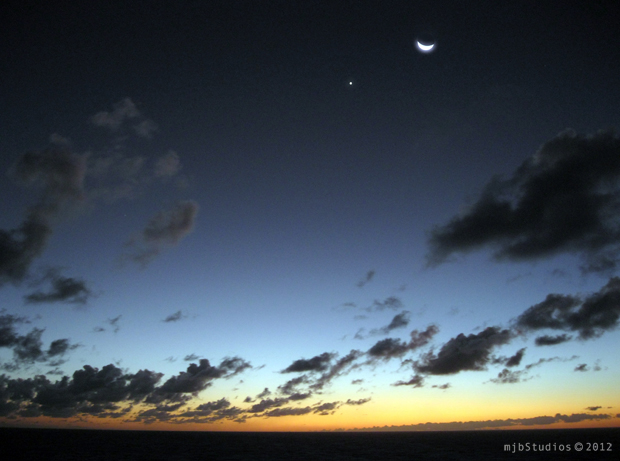 One hour's sailing time from the volcanic island of Dominica the Caribbean Princess was on a southerly heading for the coral island of Barbados. From a balcony view off the Princess's starboard bow whimsical clouds sailed peacefully above the calm waters against a magnificently painted tropic sky. The Sun had set, Venus and the Moon would soon follow with Jupiter not far behind. Regrettably, the camera lens would only capture a stingy sample of the moment for there were other senses affected by this spectacular setting.

The sounds that evening were those of the sea washing against the ship's streamlined hull as she cut through the lucid blue waters unique to the Caribbean. The soothing rhythm and timbre created by this action was not unlike that of the gentle waves which break along the shoreline on Cape Cod Bay on a still Summer evening. The smell of the salt ocean and the sights and sounds of the frigate birds, pelicans and flying fish going about their business while at the same time embellishing the scenario, are sadly missing in this photograph. So too is the warm and gentle tropical breeze, which snuggles up around you like a genetically attached security blanket.

At this latitude, approximately 16 degrees North, the Moon's terminator, or shadow line, is in a nearly horizontal plane. Whether or not one perceives it as a brilliant smile shining down upon us from our heavenly companion is strictly personal. As for me: I'm convinced that the entire universe was not only created for, but vital to man's existence.  The fact that life as we know it exists nowhere else in our nearby universe makes our Earth a very special place. There may be worlds out there where other lifeforms exist, but we may never find, much less visit them. As inconsequential as we may seem in the grand scheme of things, we must be an essential part of the Cosmic fabric. The implication that the entire vastness of space exists specifically to support life on a tiny planet in a minor star system may seem incomprehensible but to date only one "potentially habitable alien world" has been discovered and as modern science attests that would seem to be the case.

We inhabit this Earth for a very short time. In cosmic terms the current world average human life expectancy of 67.2 years is but a fragment of a nanosecond. In my latter years I've come to realize that human beings are blessed with a variety of senses for various reasons, not the least of which is to recognize the many natural gifts we have all been blessed with. They most certainly had to be created for thinking beings. What would be the purpose of their  existence if not to be contemplated and exalted - even if only for a few nanoseconds in time?
Posted by Mario John Borgatti at 2:03 AM 2 comments:

DEMONWITCH - A Novel of Good and Evil by Robert Arvay 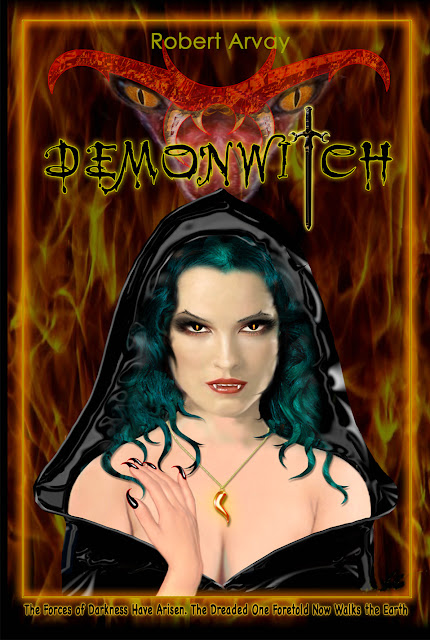 DEMONWITCH - A Novel of Good and Evil by Robert Arvay

A review by Mario John Borgatti


Dumas, Hugo, Poe, Stevenson, Swift, Tolkien, Wells, Verne, are among my favorite authors. Many of their fascinating novels are deserved classics. The kind of novels I truly enjoy revisiting. That said, I believe Robert Arvay has written a modern classic in Demonwitch.

This is the story of two women, Miril and Veelos, friends from childhood who are predestined to rival one another in the consummate battle between good and evil. They, along with a small band of warriors, led by Miril's husband and Veelos' love, Kl'aarn, a pack of bandits led by Shalor, Veelos' spurned suitor and a group of hunters; are determined to exact revenge on the evil king, Druuk. Allied with demonic forces Druuk mercilessly destroys their tiny village of Har-Keem and slaughters almost every living soul within it.

Miril and Veelos, along with the band of survivors, journey far, and through perilous lands filled with fearsome creatures, in order to bring the battle to their archenemy, King Druuk. The stakes are high and they must make hard choices and unholy alliances along the way. They confront unimaginable hardship and do battle with sinister creatures, powerful demons and each other as well. Their choices: the promise of ascending to a Glorious Kingdom, or brutally thrust into the depths of an agonizing and eternal darkness.

The fact that Mr. Avray chose to include God as central to his novel is almost unique in this genre of literature. In novels of this type authors tend to supplant God with some ethereal enigma., e.g., "The Force", or in the case of Rowling's Albus Dumbledorf, an old man with a kind face. I'm not judging their choice of "spiritual countenances", rather crediting Mr. Arvay's attribution of God the Creator as the true force for good against evil.

Robert Arvay's imagery is tremendously powerful. I envisioned everything so clearly. Burned into my mind were not only the characters, but the entire landscape. Nothing was stagnant in this novel. I felt as if I were on a visual and emotional non stop roller coaster!

As engaging and powerful as this story is throughout it's chapters, I was truly wondering what the ending held in store. Lately, I find many novels to be anticlimactic. After dedicating many hours of my time, they leave me asking more questions than they supply answers. Not so in the case of Demonwitch. This thrilling story's ends in a crescendo of excitement, emotions and fulfillment.

And so,I stand by my original appraisal of Demonwitch when I say: Robert Arvay has written a modern classic. --mjb ... More >
Posted by Mario John Borgatti at 8:55 PM No comments:

What I see in Lucy West's "Origins" is not only a beautiful and engaging painting but a cerebral time machine as well, limitless in it's power to spark one's imagination and hence our intellect. This fascinating piece challenges us to ask: Where do we come from and where will our cosmic journey eventually take us? The longer I studied the myriad images within Lucy West's work, the more I felt as if I were traversing a portal and being transported through a magnificent kaleidoscope of imagery and color that must surely reside within the artist's being.

At the risk of sounding like an armchair philosopher I must admit I have often wondered: Is there something within our genetic code that compels us to think and create? Do we harbor an inner force so potent that we can neither suppress or dismiss it? Why do we work into the early morning hours painting, designing or writing, knowing the alarm clock will be blaring in a few hours? Perhaps some of these questions may eventually be answered by recent, and ongoing, discoveries being made by mathematicians who study the realm of fractals, a modern term for geometric shapes that exhibit the properties of self-similarity.

Although the mathematical basis for fractal geometry dates back to the 17th century it was not until the advent of powerful computers and related software, capable of generating imagery at over 100 billion times magnification, that viewing the product of these infinite numerical progressions was possible. Many mathematicians now believe that these exquisite and seemingly endless patterns and colors, generated by a simple equation, could possibly be implanted in the psyche and fiber of every human being; so much so that their influence may be responsible for some of the most wondrous works of art ever created by knowing man. Astonishingly, examples of these works, which span thousands of years, bear a striking resemblance to the fractal images we've only recently been able to observe.

The creation of "Origins" is a perfect example of what science is now discovering: Self-replication permeates the natural world. From the smallest creatures, the tallest trees, even the fleeting snowflake and within every genome there is a similarity interwoven throughout the universe. And, I do believe no one has ever stated it better than the artist, Lucy West, when referring to this splendid concept she remarked "Self-replication, how elegant!"

Arthur C. Clarke presents - Fractals: The Colors of Infinity, was my first introduction to the subject. After watching it I had a better understanding of why I, like other artists who design, perform and create in whatever field they have chosen, seem to be driven by a force beyond their control.
Posted by Mario John Borgatti at 11:20 PM No comments: 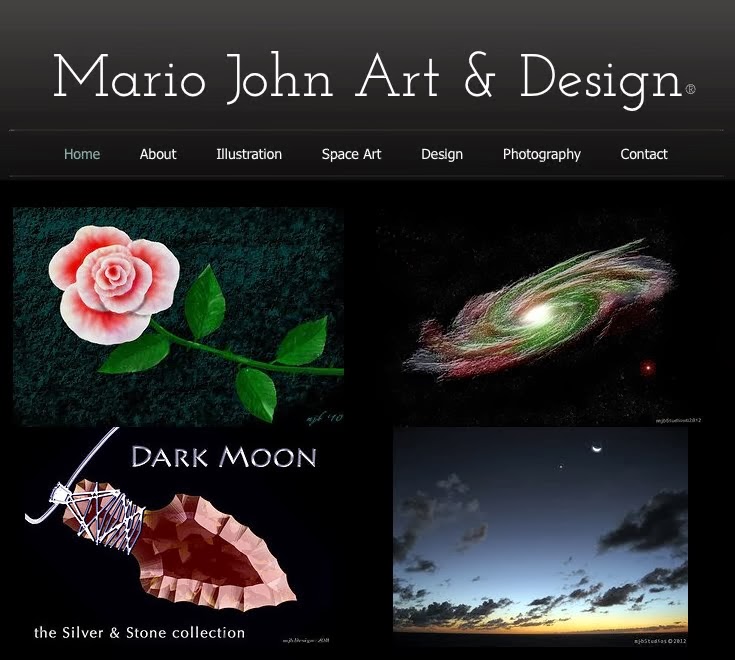 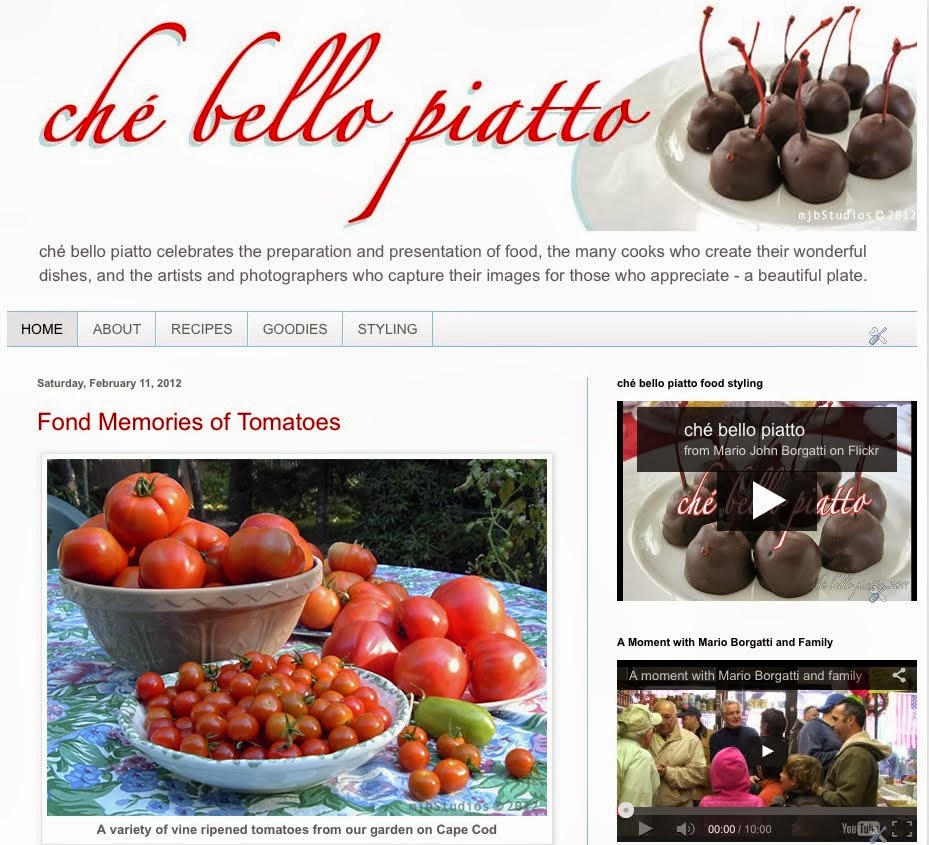